The Venerable Istfan Douaihy was a prophet who saw that the Church has to speak to and include the people of God as they actually are, in their culture, character and diversity. For all people, everywhere, our divinely appointed aim is the same: we are made to seek union with God in heaven. But we are all different, and so the Church, as it teaches and leads us back to God, must be all things to all people (1 Corinthians 9:22). Douiahy’s understanding was three hundred years ahead of his time. He also saw the importance of ecumenism; how vital it is to build strong links to other Christians, especially the Orthodox, and to try to come to some mutual understanding with Muslims.

END_OF_DOCUMENT_TOKEN_TO_BE_REPLACED 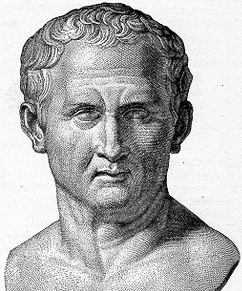 “A nation can survive its fools, and even the ambitious. But it cannot survive treason from within. An enemy at the gates is less formidable, for he is known and carries his banner openly. But the traitor moves amongst those within the gate freely, his sly whispers rustling through all the alleys, heard in the very halls of government itself. For the traitor appears not a traitor; he speaks in accents familiar to his victims, and he wears their face and their arguments, he appeals to the baseness that lies deep in the hearts of all men. He rots the soul of a nation, he works secretly and unknown in the night to undermine the pillars of the city, he infects the body politic so that it can no longer resist. A murderer is less to fear. The traitor is the plague.”

Cicero (106 BC–43 BC), full name Marcus Tullius Cicero, was a Roman statesman, lawyer, political theorist, philosopher and one of Rome’s greatest orators.